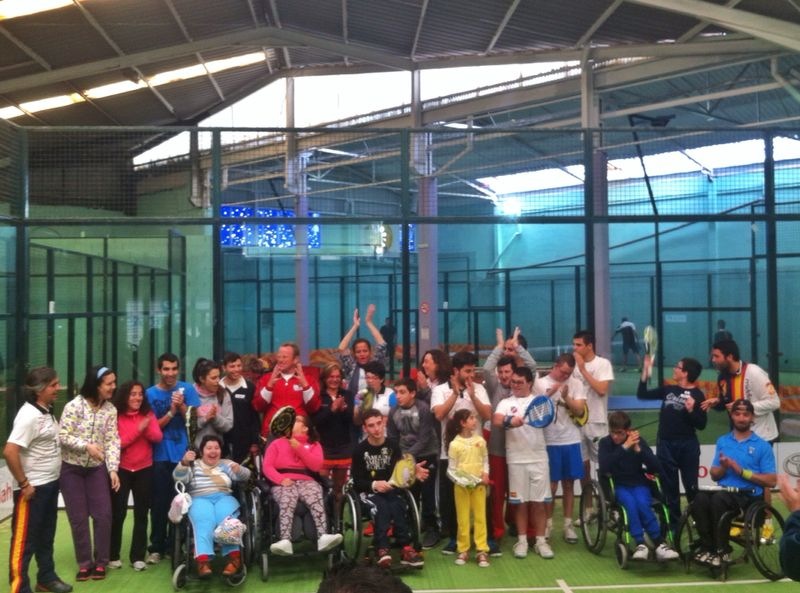 Last weekend, the ASPADO delegation in Andalusia held a new open day on the covered paddle tennis courts of the + Qpádel club, in the Fadricas industrial estate in the town of San Fernando (Cádiz).

Manolo Bueno (Coordinator of the Aspado schools in Andalusia) and Jose Francisco Martin Prius, monitors specialized in adapted paddle tennis, were in charge of directing the matches among the attendees.

The event was supported by local authorities, with the presence of the delegate for Education and Social Affairs, María José Moreno Subirana, Raúl López de Palacio (Upace) and Begoña de la Rocha, ASPADO delegate in Andalusia. Begoña de la Rocha thanked the collaboration and involvement of the San Fernando City Council, Upace and sponsors such as Padelmania and the + Qpádel club that provided the tracks for said event.