More than 40 players in III International Tournament in Andalusia 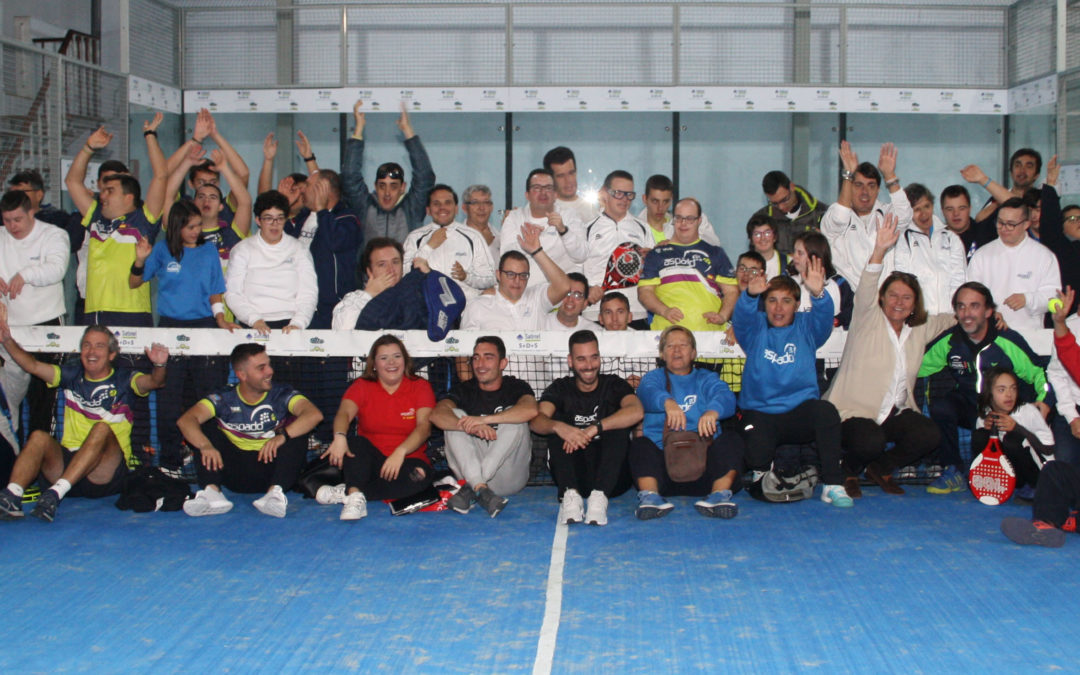 With the participation of more than 40 players from Spain and Portugal, the third edition of the ASPADO International Tournament was held in Andalusia. The competition took place on the courts kindly provided by the Padel Planet club in the Cadiz town of San Fernando. The event was attended by the monitors and directors of the Association, led by its president Kiki de la Rocha; the delegate of Andalusia, Begoña de la Rocha; the ASPADO head of monitors, Montse Guillén; and the great architect of the event, Manolo Bueno. All of them were very satisfied with the evolution that several of the students have had, as a result of the work they carry out throughout the year in the different ASPADO schools. In total, 7 Portuguese players have attended this tournament, 22 from Andalusia and 12 from Madrid, who have participated in the different modalities: Sports Skills, High Adapted and Competition. The organization gave special thanks to CDSCA ¨ »El Castillito», where the final party was held with dinner and delivery of trophies and awards for all participants in the company of their families. PALMARES Sports Skills Champions: Félix (Andalusia) and Jorge (Portugal) High Sports Skills Champions: Sonia (Portugal) and Jorge (Madrid) Champions Adapted under: Yeray (Madrid) and Alberto (Andalusia) Runners-up: Juanlu (Andalusia) and Daniel (Andalusia) High Adapted Champions: Rocío (Madrid) and Miguel (Andalusia) Runners-up: Juan (Madrid) and Julio (Madrid) Conventional Competition Champions: Carlos (Madrid) and Nacho (Madrid) Runners-up: Javier (Madrid) and Fernando (Andalusia)