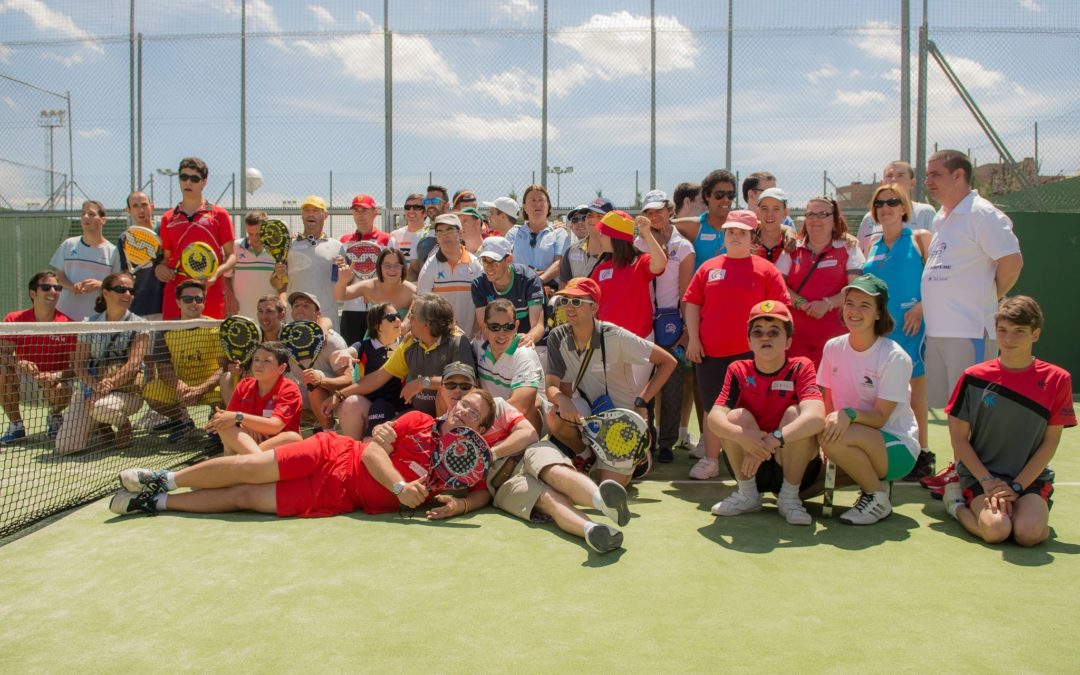 We would need a book to describe what was experienced during the three days of the V National Adapted Paddle Tournament in Foot Mode that took place last weekend at the Valdebernardo Sports Center and which had the participation of a hundred players from three ASPADO delegations (Central, Andalusia and Castilla y León).

One more year, the tournament organized by the Vicálvaro District and ASPADO, was a real success due to the high number of participation, with representatives of the schools from three delegations of the Association.

Nursery school, competition and various recreational activities were carried out during the three days at the Valdebernardo Sports Center, where program activities of the CMS of Vicálvaro (Madrid Salud) were also carried out, of which the president of ASPADO, María "Kiki" de la Rocha.

The great final party took place on Sunday, with magician and clown shows, a game on the tennis court and a raffle of gifts and sports equipment, thanks to the collaboration of Imaginarium, Luis and Tachi, the Real Madrid Foundation and Mallorca.

And if we talk about thanks we cannot forget Solan de Cabras, Biosolan and Aquarius, the official drinks of this tournament.

The presiding councilor of the Vicálvaro District, Carmen Torralba and the deputy director of Programs of the General Directorate of Sports of the Madrid City Council, Gregorio Ramírez Arias, attended the trophy delivery.

The ASPADO Andalucía delegation attended this meeting with six players from the Cádiza schools, who were accompanied by the delegate, Begoña de la Rocha, and the monitors, Manolo and Alvaro Bueno. In this case, we must thank AFANAS for having provided a van for the transfer of the entire Andalusian delegation.

The winners in all categories