Students of ASPADO CYL in the WPT of Valladolid 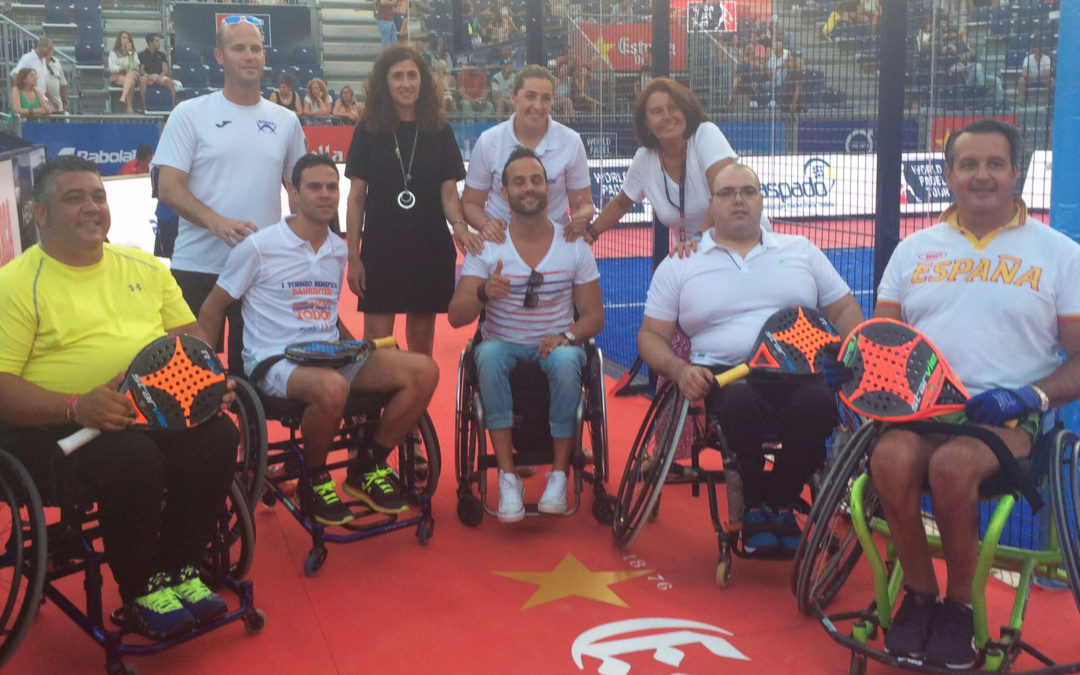 As every year, the ASPADO CYL students were present in the Plaza Mayor of Valladolid during the Open World Padel Tour dispute.

This year, three students from the wheelchair school together with professor Alvaro Martínez Velasco, held an exhibition last Saturday between the semifinals of the tournament. The participating students were Alvaro Garmilla Gonzalo, Luismi Sánchez Herrero and David Martínez Alejo, who for a long time have attended classes at the school that operates every Monday from 6 pm to 8 pm at the CDO COVARESA Siglo XXI. On the occasion, the president of ASPADO, Kiki de la Rocha, was present, accompanied by the delegate of ASPADO CYL, Tinita Manrique, who explained to the public present the tasks carried out by each of the Association's schools.

Soon we will offer an interview with Tinita Manrique, who will tell us some stories about the students who attend the adapted paddle tennis schools in Valladolid.