ASPADO continues to grow in Andalusia: Conference in Cádiz 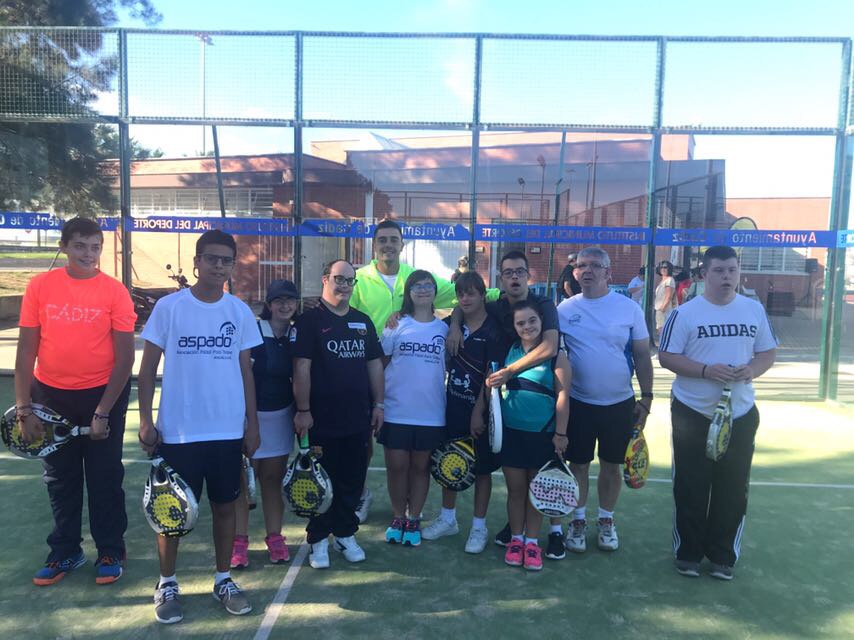 This Saturday a new Open Doors Day organized by ASPADO Andalucía was held at the Puerto Elcano Sports Complex, where new schools of the Association will soon start operating.

With the presence of some students from Andalusian schools and other people interested in joining the world of adapted paddle tennis, this Conference was held under the coordination of Manolo Bueno, head of Andalusian schools.

The event aroused the interest of the Andalusian media and we especially thank Onda Cádiz TV, which conducted several interviews with our boys.

Part of the ASPADO board of directors also moved to Cádiz, headed by its president Kiki de la Rocha, who planned to receive the mayor of Cádiz, José María González, at the event.

The students and the board waited for more than an hour for the communal leader who had compromised their presence. Not only did he not attend, but neither he nor anyone in his environment contacted to explain the reasons for his absence and the pertinent apologies. In short, he has missed it, but it is still a lack of respect for an institution that ensures the social integration of people with disabilities through sports.

Thanks to all of our guys for your display and the remarkable evolution you have shown in your game. To continue training and having fun on a paddle tennis court.