The number 2,902 has been favored in the Olympus camera draw 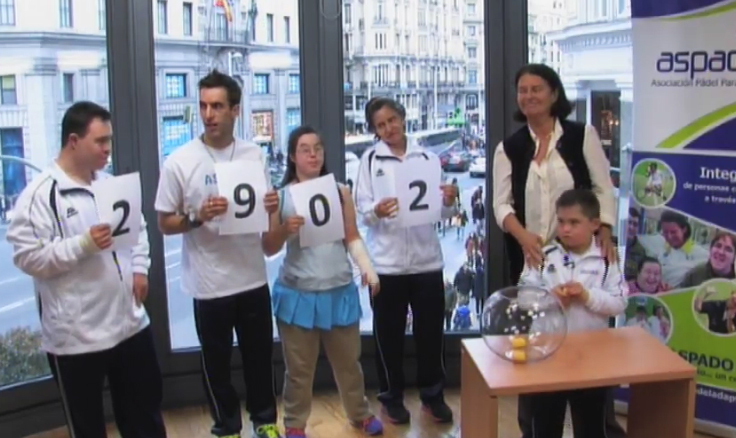 This afternoon the Olympus camera raffle was held among all those who have collaborated by purchasing the ASPADO solidarity calendar. The favored number has been 2,902.

The president of ASPADO, Kiki de la Rocha, was in charge of presenting the raffle that was broadcast live on MDCTV.com of Madridiario and Diario Critico. The students of the ASPADO schools in Madrid, Carlos, Gema, Pilín, Víctor and Pablo, have been in charge of introducing the balls into the urns, and the youngest in the class, Carlos, was extracting the balls one by one until complete the number 2,902.

The lucky man takes the OLYMPUS STYLUS 1s camera, loaned by Olympus Spain. To collect your prize you must contact the Association via email (padeladaptado@gmail.com) or by phone 622 402 086. From ASPADO we want to thank all the companies that have collaborated and especially all those people who bought the solidarity calendar, thus collaborating in the better functioning of all our schools.