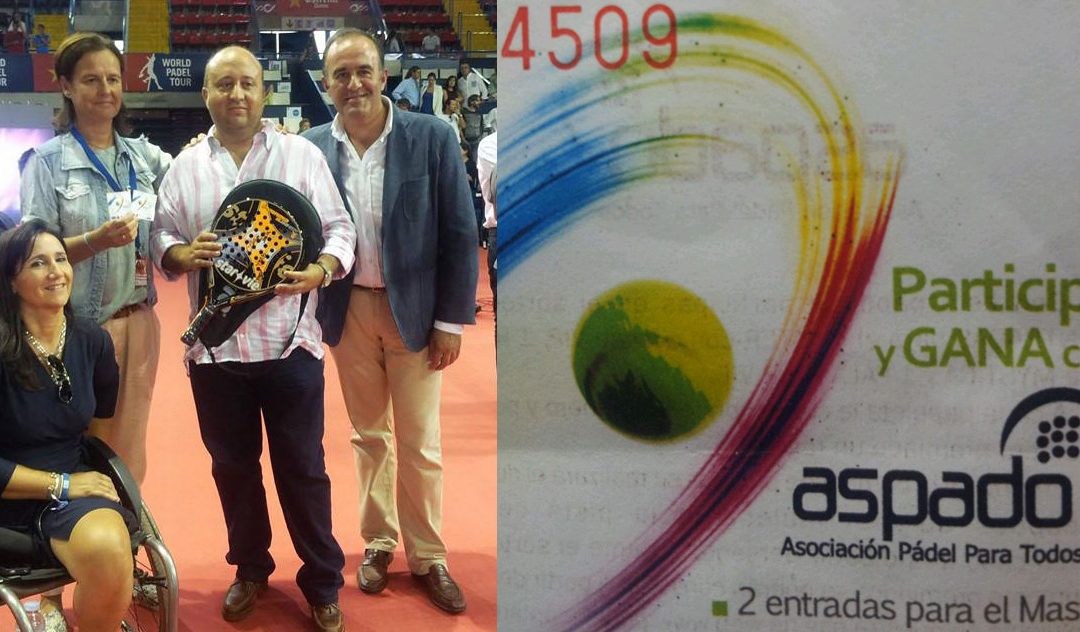 The holder of the number 4509 has won the "Solidarity Pack" of the raffle that the Pádel Para Todos Association (ASPADO) held last Sunday in the finals of the Estrella Damm Sevilla Open that was held in the San Pablo pavilion.

Angel Martínez Sánchez, second deputy mayor of San Fernando (Cádiz) was in charge of extracting the ballot together with Malú, the great ASPADO player in the wheelchair modality, and the delegate of ASPADO Andalucía, Begoña de la Rocha,

The holder of this number was present there in the gallery and collected the prize, the "Solidarity Pack" consisting of two tickets with VIP access for the "Estrella Damm Masters Finals" to be held in December in Madrid, plus a shovel Star Fri and a gift from Mystica.

Thank you very much to all who collaborated with our Association and we will see you next week in Lisbon.