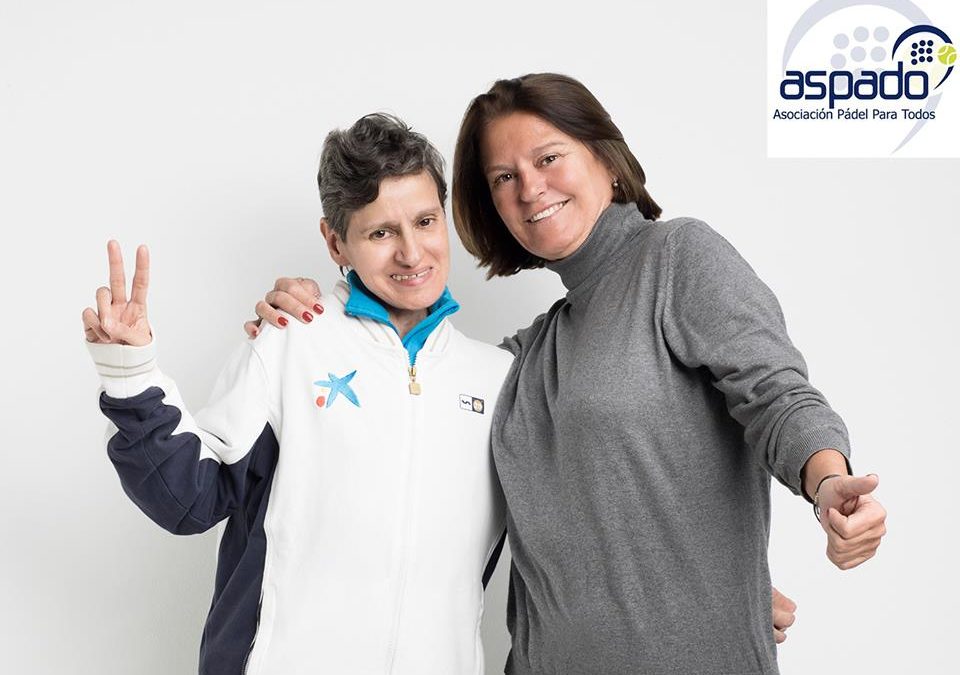 ASPADO, the Padel for Everyone Association, is a constantly growing project that has more than 500 students in its 28 schools. “When we began to talk about this idea with Charo Martínez back in 2003, it was a dream to bring paddle tennis closer to people with disabilities and today it is a palpable reality, thanks to the involvement of many people and institutions that have collaborated so that ASPADO continues to grow . Today we can say that adapted paddle tennis is known and talked about ”, expressed the president and founder of the Association, Kiki de la Rocha.

Doctor by profession and former international referee of the professional paddle circuit, De la Rocha makes a more than positive balance of these almost 12 years of activity of ASPADO. Remember that together with Vice President Charo Martínez (disability expert) “we worked for several months to direct this sport towards disability. The adapted paddle did not exist and you had to create from scratch, see what was the best way to make people with some kind of disability could enjoy paddle tennis in the same way that conventional players of all ages and levels did ”.

The Association currently has 28 schools. It all started in Madrid with the creation of ASPADO Central, which currently has 15 schools and later expanded to other communities: Castilla y León (ASPADOCYL), Andalusia, the Canary Islands and Galicia.

The support of World Padel Tour

The main "window" to the world that ASPADO currently has is to be the social cause of the World Padel Tour professional circuit. De la Rocha only has words of gratitude for the organization because “since its creation in 2013 they have welcomed us as a social cause and give us the opportunity to show our work to all lovers of this sport. Students from the Association participate in all World Padel Tour tournaments demonstrating their skills on the center court, often accompanied by the best professionals on the circuit, who have always been willing to collaborate with ASPADO ”.

“I repeat that World Padel Tour opened the doors for us as they have not done in other places and for that our thanks. It has been unforgettable to be able to participate in the Master of Dubai last year and make ourselves known outside of Spain. We hope to continue for many years in the hands of this professional circuit, which from my experience I can assure is the best we have had in the history of this sport and the people behind the project have always had a special sensitivity towards our Association ”, added.

The interest of the media

On the other hand, the president of ASPADO wanted to highlight the support that the Association receives from the different media "mainly from the pages specialized in paddle tennis that always have a space to give information about the work we do."

“We highly value the dissemination of our project and that has also caused other media to also be interested in adapted paddle tennis. Some of the main television networks have echoed the task of our Association and recently we have received a visit from a renowned producer based in London interested in making a documentary on adapted paddle tennis ”, De la Rocha commented.

When referring to the operation of adapted paddle tennis schools, De la Rocha explained that “they are formed by levels, depending on the motor ability and the level of paddle tennis that the student has. It also goes according to age, to the difference from an adult school to a nursery school ”.

After highlighting that the most common cases of disability are unrelated maturation delay and Down syndrome, the president of ASPADO said that “an adapted paddle tennis class is the same as a conventional paddle tennis class, but taking into account the capacities of the students. The exercises are adapted based on their mobility and their level of play ”.

The classes are once a week of 45 minutes and the students are supplied with all the materials: shovels, equipment and the necessary material for the class (pikis, cones, mushrooms ...).

Students pay a monthly fee of 25 euros, which is the same that has been paid since 2007.

If you want to know more about ASPADO and its work, you can find out more on this page: www.padeladaptado.com