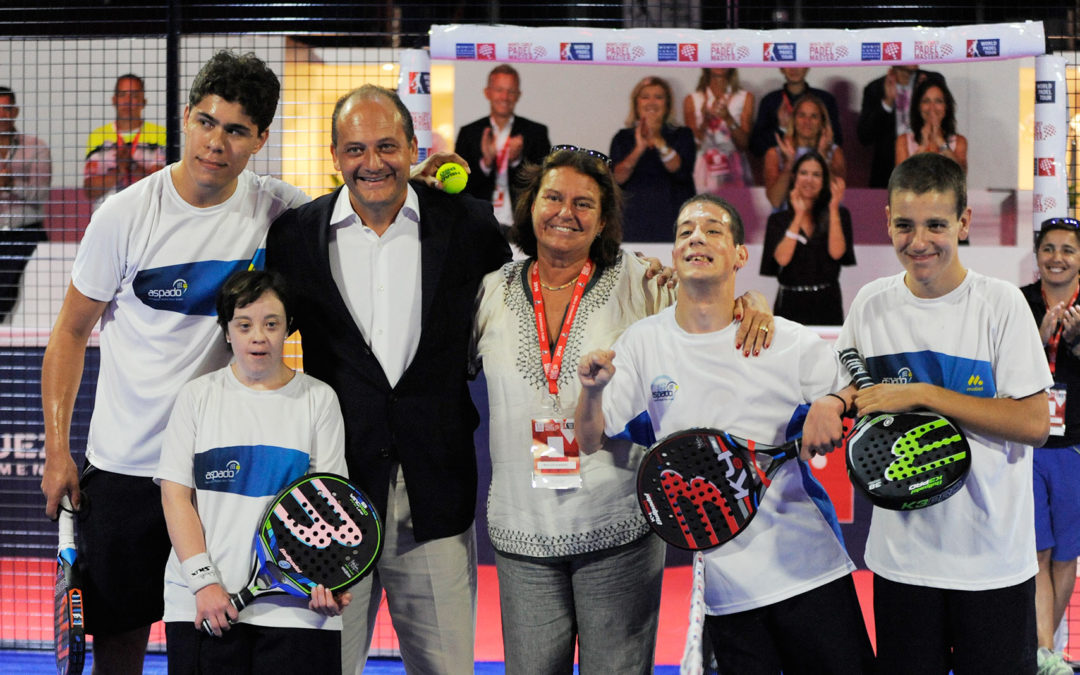 The perfect balloon of Pedro made Ruben I had to defend with a counter wall, Javier returned with a tray and Mari carmen he defined the point with a backhand volley. The authorities and guests of the presidential box of the Monte Carlo Padel Master stood up to applaud the play and the public in the stands of Chapiteau de Fontvieille cheered them.

The ASPADO students delighted the spectators who attended the semifinals of this great Master. For more than 15 minutes, in the same center court where minutes before they had wasted their magic Belasteguín, Lima, Lamperti and Mieres, the students Javier Naval, Pedro Gómez, Rubén Martín and Mari Carmen López They played four games and demonstrated a great variety of strokes, a product of the work they have done for a long time in the Association's schools. The ASPADO delegation was led by its president, Maria de la Rocha, accompanied by the monitors Montse Guillén and Alejandra Cardozo.

Thanks to the invitation of Monte Carlo International Sports, through its CEO, Fabrice Pastor, and the tournament director, Nito Brea, the students attended this great event on the World Padel Tour circuit, which for the second consecutive year was held in the Principality of Monaco. A unique experience that Pedro, Mari Carmen, Javier and Rubén were able to live, who took the opportunity to photograph themselves with several of their idols, Pablo Lima, Miguel Lamperti, Juani Mieres, Fernando Belasteguín, Patty Llaguno, Eli Amatriain, Lucía Sainz, Gemma Triay and many other great players of the world padel. After the exhibition on Saturday, the ASPADO delegation was invited to attend the finals of the Master, an opportunity in which Fabrice Pastor delivered a check to the president Kiki de la Rocha, money that the Association will allocate to the purchase of sports equipment for the different schools.

From ASPADO there are only words of thanks for the organization of this magnificent show, for the treatment received by the entire Monte Carlo International Sports team and especially Fabrice Pastor and Nito Brea for having opened the doors to adapted paddle tennis.